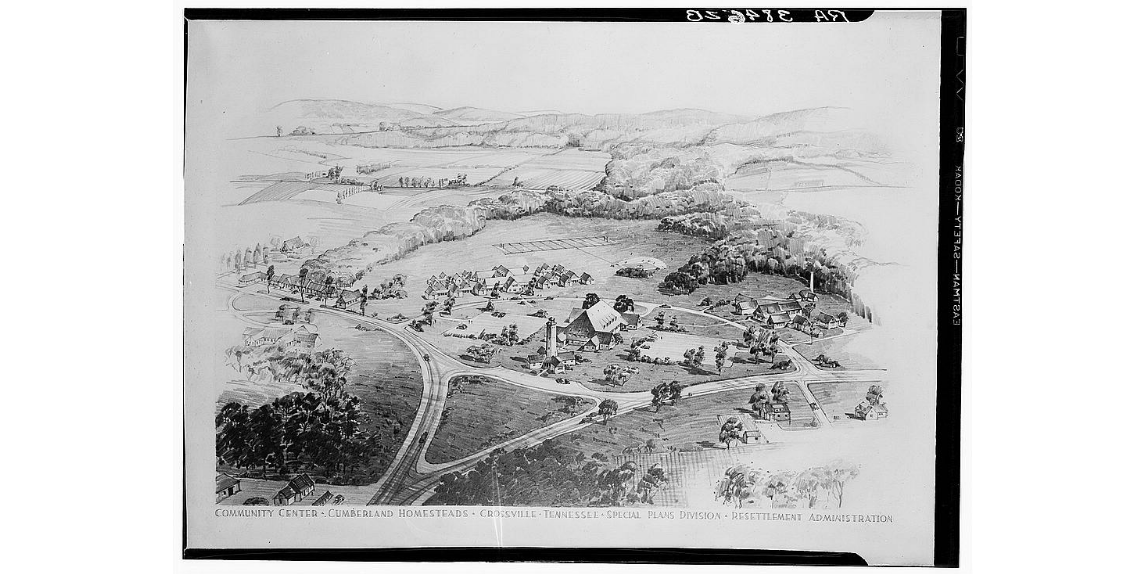 “…In the dooryard fronting an old farm-house near the white-wash’d palings,

Stands the lilac-bush tall-growing with heart-shaped leaves of rich green,

With many a pointed blossom rising delicate, with the perfume strong I love,

With every leaf a miracle– and from this bush in the dooryard,

With delicate-color’d blossoms and heart-shaped leaves of rich green,

A sprig with its flower I break…”

–When Lilacs Last in the Dooryard Bloom’d, Walt Whitman

The narrative of the Cumberland Homesteads is one full of many enriching, heart-filling stories that will take several posts to cover, but the history cannot be skipped over. The community today is beautifully sought after land full of the friendliest people around. Personally, I can tell you, it is not everyday that a community like the Homesteads is found. I have been to many places and I always miss it no matter where I am. The Cumberland Homesteads is home and its people are family. (Morgan, Digital Media Manager at SmallBiz)

The stock market crashed in October of 1929 and by 1933 Cumberland County was literally starving. During the Great Depression one in four workers were unemployed, farmer’s could not afford their land anymore, sharecroppers were evicted, and wages were slashed. There was a walkout at the Harriman Hosiery Mill, a strike at the mines in Wilder, and “impending civil war.” Residents were tired, hungry, fed-up, and feeling overlooked.

Franklin Roosevelt ran for the office of President selling the idea of a “New Deal”’ to end the suffering of the American people, and in 1932 he was elected on that premise. President Roosevelt and his wife did not disappoint, he followed through with his promises by beginning the Division of Subsistence Homesteads. His nation wide plan was modeled after an experiment he did as New York state Governor.

FDR’s first hundred days are historic for many reasons. In Tennessee two stand out the most: The Cumberland Homesteads and the Tennessee Valley Authority. The changes and the prosperity he brought to the state will never be forgotten or taken for granted.

On January 4th, 1933 the Chronicle read, “Large Tract of Land will be Developed Under TVA,” and went on to say, “The most important and far reaching development ever started in this county is soon to be lauded by the Federal Government through the Tennessee Valley Authority… it is an agricultural project that aims to establish farm homes…” (Cumberland County’s First Hundred Years, Bullard & Krechniak, p. 177)

Homer Morris of Fisk University signed with the Division of Subsistence Homesteads along with County Agent Bob Lyons to begin the project. Newton D. Walker, M.E. Dorton, Rev. A. Nightingale, Dr. W.O. Dines, and Dr. H.L. Norris served as directors of the Cumberland Homesteads. They also gathered a group of local leaders to create a board.

On January 16, 1934 offices were opened in Crossville. The officials in Washington had approved an initial loan of $431,000 and by February 10,000 acres just south of Crossville had been bought and clearing had begun.

Shortly after, the federal Division of Subsistence Homesteads began screening families to be a part of the project and applications were pouring in. D.F. Folger was assigned to this job. He was an engineering student at Clemson University. Folger did not intend on letting just any family to settle in the Homesteads, they had to meet a standard. His flyer read: “Only families who have a reputation of being hard-working, honest, sober and good citizens will be chosen. Those selected must be willing to farm under the supervision of and in cooperation with the Agriculture Advisors. Only families willing to try new ways and who want to learn can succeed. It is absolutely necessary that each family is building a new community and a new way of living. Anyone not willing to work cooperatively for the good of the entire community should not apply.” (Rural Life and Culture in the Upper Cumberland, Birdwell & Dickinson, p.199)

TVA took hold of the design and project management. Francis O. Clark designed the homes. In total he created 15 different designs. Four were one of a kind, the rest were simply variations of those four. William Macy Stanton oversaw barn construction. These were no ordinary barns, they housed the homesteaders while they built their own homes onsight. The idea was to build entirely out of local materials: pine for shingling, oak for flooring, sand for mortar, and field stone for the main structure.

Homesteaders ranged from miners to school teachers to doctors, a total of 228 heads of family had been selected. Building the Homesteads gave each person a chance to learn a new trade while they build their community. Miners became masons, farmers became blacksmiths, carpenters became plumbers, and possibly, most importantly, everyone learned about electricity. Wiring was installed into each house with anticipation of electricity from TVA.